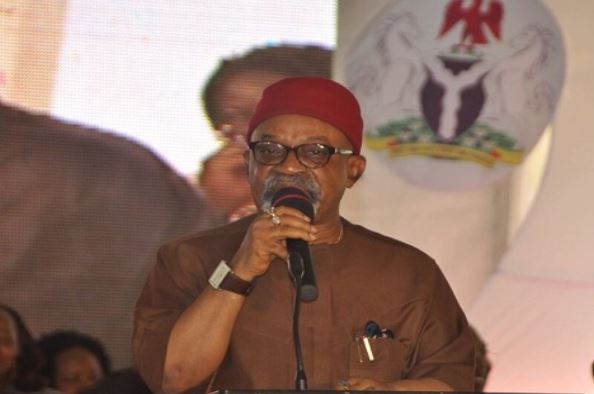 The Minister for Labour and Employment, Chris Ngige, has stated that more action is required to address the country’s unemployment crisis.

Ngige made the remarks while launching a new electronic platform, the National Electronic Labour Exchange Centre, aimed at reducing the difficulties faced by job searchers.

Ngige said, “We need to solve the problem of unemployment from the roots. Inasmuch as we know these are things we have been doing, we have not done enough and we need to do more.

“The money we use in fighting insurgency, and buying bullets, and airplanes, if we spend half, we can stem poverty, unemployment and violence from the roots.”

The minister added, “In Nigeria with our population, we have 90 per cent of the young population. For me, that is the greatest danger; it has already started showing symptoms and signs.

“There is violence, insecurity, banditry ravaging all of Africa; Nigeria now is getting its turn of the madness. For me as minister, while I thank the German government, ILO, and European Union, we need to do more.

“The Nigeria government is doing their own thing; we need more synergy, we need your funding to meet the people and stop them from even thinking of migration. Sometimes, they pose a menace, especially if they don’t have skills, but those who have skills, we need to regularise them and make them legal migrants and residents in your country.”

‘Nigeria will benefit from patient-centered pharmacy practice model’
The Consul General of Germany in Lagos, Dr Bernid van Munchow-Pohl, on his part, said, “Youth unemployment is high. I am happy to note that during the German-Nigeria negotiations, a total of approximately 100 million euros was committed by my government.”

“These results would have never been achieved without the migrant resources centres in Abuja, Benin, Lagos and the Department of Wages and Employment.”

According to him, Germany plans to increase its efforts in Lagos by 2.9 million euros next year for regional outreach, neo-corporations for entrepreneurs, and the fashion industry.