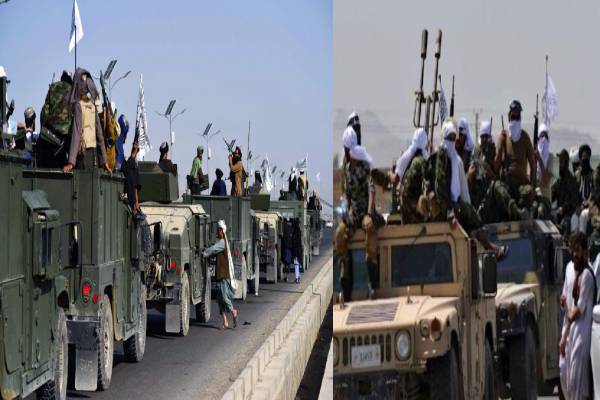 Taliban fighters held a military parade in Kandahar, Afghanistan’s southern metropolis, on Wednesday, showing off American-made assault weapons taken when the group destroyed the Afghan army and overran the country. 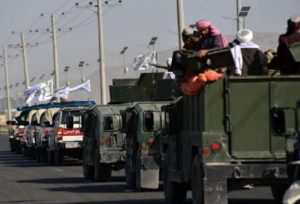 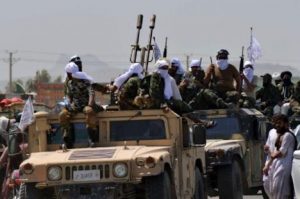 In videos posted on social media, the Taliban paraded hardware left behind by both Afghan and US forces after the withdrawal of the last American troops left Afghanistan in the grip of the militant group.

The parade also included what appeared to be captured police vehicles in addition to military vehicles.

The group also had a captured Black Hawk aircraft emblazoned with its flag hover over the ceremony.

According to reports when Taliban forces, many of whom appeared to be armed with American-made weapons and equipment, arrived at Kabul’s Hamid Karzai International Airport on Tuesday, following the end of evacuation operations and the departure of the last US forces, they discovered abandoned ground vehicles and aircraft.

But the US military insists that these assets were permanently disabled, and videos that surfaced online suggest this was the case.

They can look at them, they can walk around,” Pentagon press secretary John Kirby told Newsmen. “But they can’t fly them. They can’t operate them.”

Restating remarks made by Gen. Kenneth F. McKenzie, head of US Central Command, on Monday, he said that the military made sure all the military ground vehicles and aircraft that were left at the airport were “unusable.”

While assets left behind at Kabul’s airport may be unusable, the Taliban captured an armory of firearms, military equipment, and vehicles from the Afghan army – which the US spent billions of dollars arming and equipping – that is still working, as demonstrated at the Kandahar triumph march.

The government has also been chastised for failing to anticipate the collapse of the Afghan army, for giving up vital sites such as Bagram Air Base, and for failing to move quickly enough to evacuate US citizens and vulnerable Afghans.

Though the Taliban managed to capture an arsenal of weapons, not all of it will be operational for long if the group is unable to develop the capabilities to adequately maintain them.