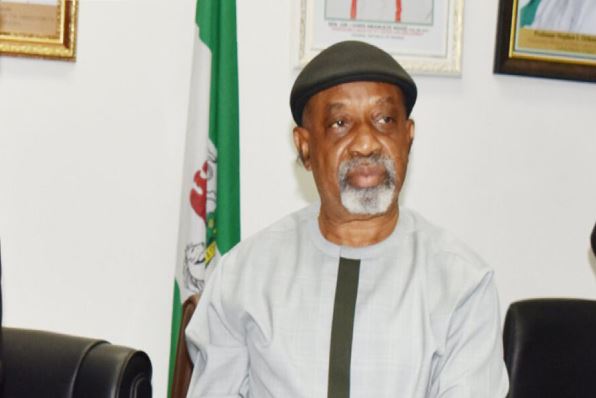 Minister of Labour and Employment, Chris Ngige has said the Federal Government will recover millions of naira wrongly paid to 588 medical Doctors across the country.

He explained that the impacted doctors received improper benefits from the Medical Residency Training Fund, which was intended for a certain group of doctors.

Ngige claimed the doctors’ names were discovered following a comprehensive examination of the 8000 names submitted for the training program by Chief Medical Directors of Federal Government health institutes.

However, the minister stated that some of the impacted doctors have returned a significant portion of the money, and that efforts to retrieve the remaining balance had been stepped up.

He claimed that the government’s Residency Fund payment was being held up due to the impacted doctors’ delays in issuing refunds.

”Ministry of Health has gotten the list of doctors who supposedly the Federal Government will recover millions of naira wrongly paid to 588 medical doctors across the country.

”Total submission of about 8000 names were gotten and the Ministry of Health is scrutinising them.

”We have done the first round of scrutinisation and they will now compare what they have with the Post-Graduate Medical College and the Chief Medical Directors who submitted the names.

“The Association of Resident Doctors, in each of the tertiary centres, worked with the CMDs to produce those names, but now that the names are being verified.

“So, this is it and that is the only thing holding back the Residency Fund payment because it is there already for… incurred expenditure has been done by the Finance Minister and it’s in the Accountant-General’s office.,” he said.

”So, once they verify the authenticity of those they are submitting, the Accountant-General will pay.

“We are doing that verification because we do not want what happened last time in 2020 to reoccur”.

In 2020, the supplied names did not go through the proper channel, which was the Postgraduate Medical College, and payment was delayed, resulting in the discovery that around 588 people who were not resident doctors profited from the money.

”They are now finding it difficult to make the full refund. But they have to refund that money. Some are refunding, but there is no full consideration of the account.

”That account has to be reconciled to enable the accountants to pay the next round of funding for 2021,” he said.

In response to the Resident Doctors’ strike, Ngige stated that the Federal Government is willing to drop the case it has filed against them provided they return to work.

He stressed, however, that the government’s “no work, no pay” policy would be followed, claiming that “it is a global norm that is also captured in Section 43 of the Trade Dispute Act under the International Labour Organization, ILO.”