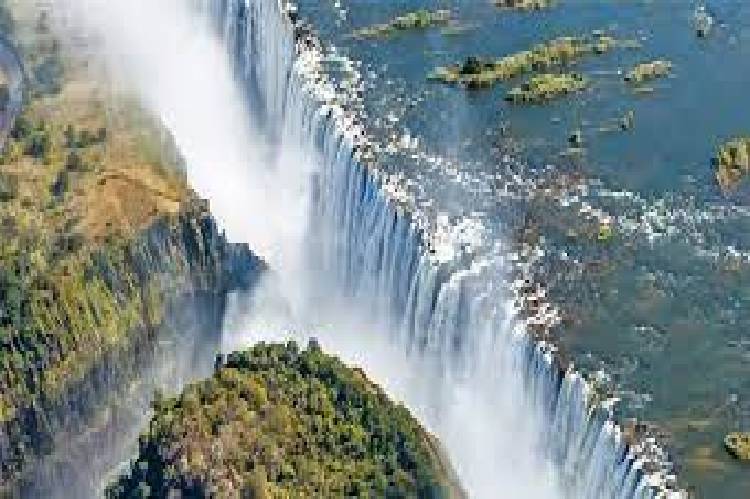 Zimbabwe has reopened the Victoria Falls land border with Zambia to fully vaccinated tourists in order to facilitate the flow of visitors between the two neighboring countries.

According to the Xinhua news agency, the decision comes after the successful implementation of a Covid-19 vaccination program, which has seen more than 60% of residents in the border town of Victoria Falls immunized.

The Victoria Falls, Zimbabwe’s most popular tourist attraction and one of the world’s seven natural wonders, are located in Victoria Falls town.

The nearby Kazungula border station with Botswana has also reopened, with the majority of visitors having received vaccinations. Despite the restoration of tourist activity in Victoria Falls, Zimbabwe is still under Level 4 lockdown, with all land borders restricted.

Before the pandemic, more than 350,000 people each year visited the Zimbabwean side of Victoria Falls which is shared with Zambia to witness the natural wonder.

However, with global travel restrictions and national lockdowns, tourist activities were halted for the greater part of 2020.

Due to its heavy reliance on international tourists, Zimbabwe’s hospitality industry has been the hardest hit, and the sector is estimated to have lost at least $1 billion in potential revenue in 2020.

Following the successful rollout of vaccines in the resort town, players in the tourism sector are optimistic that the tourism and hospitality industries will return to normalcy.

Victoria Falls’s vaccination drive was launched in March with Sinovac vaccines purchased from China, and the tourist destination has become the first city in the region to archive herd immunity.