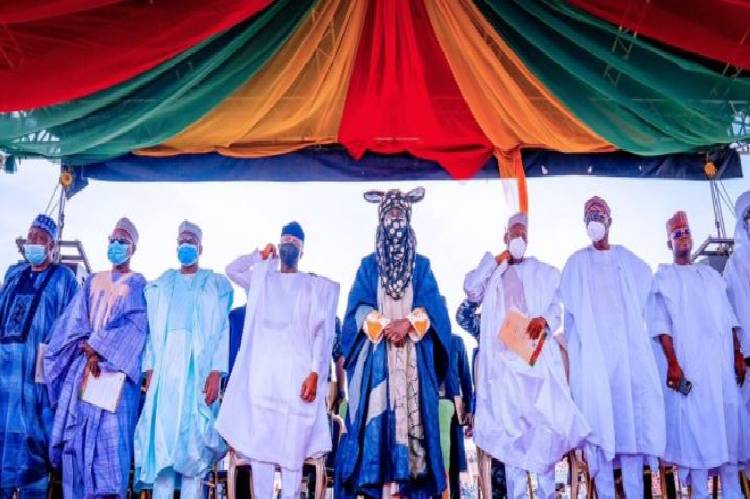 Governor Abdullahi Ganduje, on Saturday, presented the staff of office to Aminu Ado Bayero, the 15th Fulani Emir of Kano.

Bayero ascended the throne on March 9, 2020, following the deposition of his nephew, Muhammad Sanusi II, by the governor.

The colorful ceremony, held at the Sani Abacha stadium, drew dignitaries from all over the country.

Among those in attendance were Vice President Yemi Osinbajo, Secretary to the Government of the Federation Boss Mustapha, and President Muhammadu Buhari’s Chief of Staff, Ibrahim Gambari. 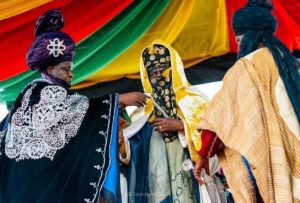 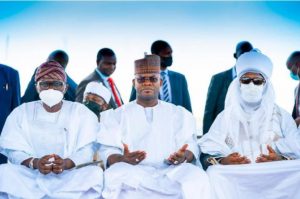 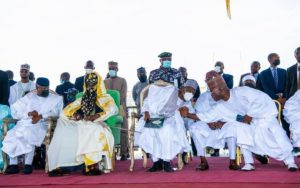 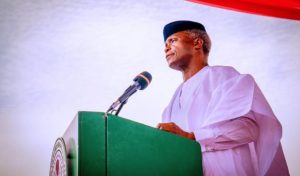 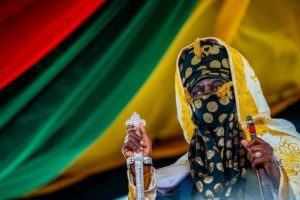 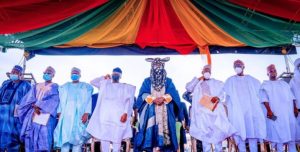 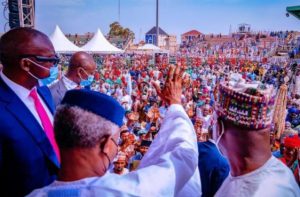 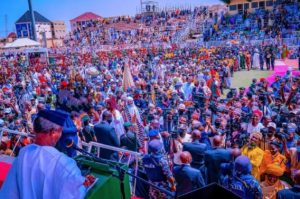 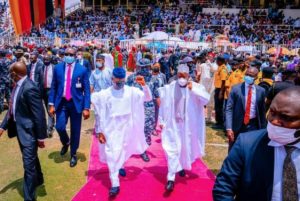 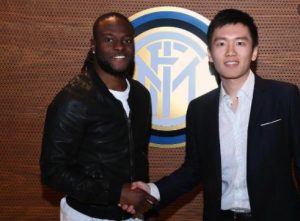 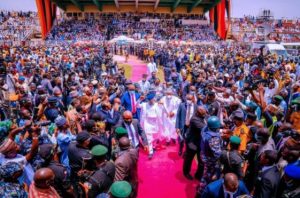 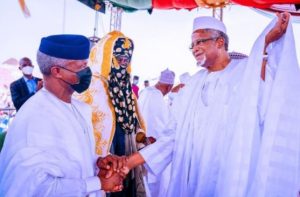 Osinbajo, Governors, SGF attend Emir of Kano’s coronationOthers present were Sa’ad Abubakar, Sultan of Sokoto, as well as the Shehu of Bornu, Obi of Onitsha, Ooni of Ife, and Oba of Benin.

Senate President Ahmad Lawan led a delegation of lawmakers to the occasion, while Hadi Sirika, minister of aviation, and Godswill Akpabio, minister of Niger Delta affairs, were also at the event.

Ganduje, in his address, advised the emir to distance himself from partisan politics, just as he urged him to remain professional in the discharge of his duties.

In his acceptance speech, Bayero promised to be fair and just in the course of his duties.