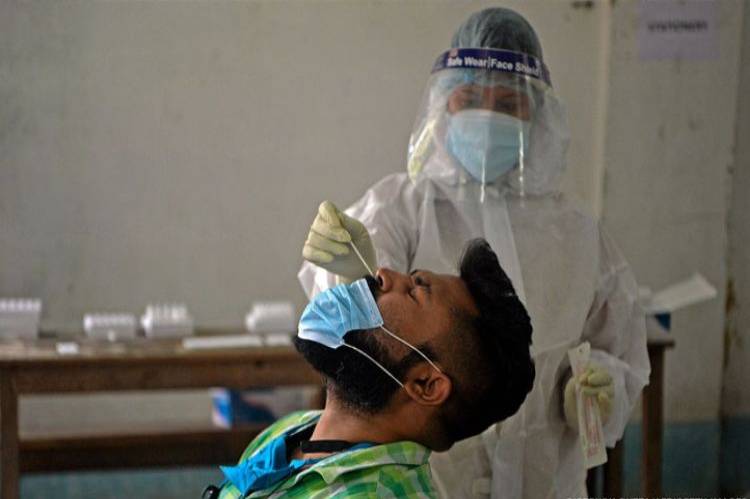 India has set another world record for daily Covid-19 infections, after it reported 401,993 new cases from the prior 24 hours—up from Friday’s record 386,452 cases.

It also recorded 3,523 new deaths, according to India’s health ministry, bringing the reported death toll to 211,853.

Total infections recorded since the pandemic began have surpassed 19.1 million.

Meanwhile, on Saturday, as India opened up vaccinations to everyone age 18 and up.

India’s expansion of its vaccination campaign has stumbled badly, with states reporting shortages of vaccines and many Indians saying they can’t book appointments.

A growing number of countries have moved to restrict travelers from India. Starting Tuesday, the U.S. will ban travel from India—though that won’t apply to certain groups, including U.S. citizens and permanent residents or their spouses.

Australia is temporarily banning people who have been in India in the previous 14 days from entering the country—and is threatening anyone who breaches the ban, including its own citizens, with up to five years in jail or heavy fines, or both.

The government has said there are about 9,000 Australians in India. The ban starts Monday. Senior government minister Josh Frydenberg, in comments published by the Australian Broadcasting Corp., said the move was a drastic action but based on medical advice.

“It’s about what our quarantine system can handle with the number of cases that are coming from India,” he said.