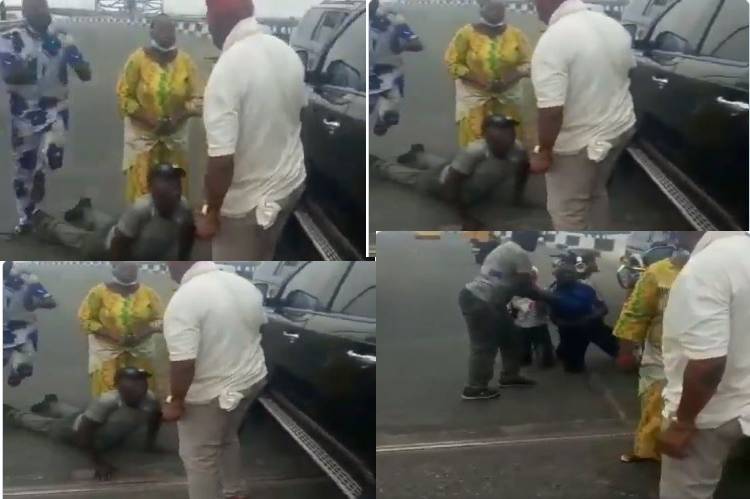 In a video shared on twitter by the Chief Press Secretary to the Lagos State governor, Gboyega Akosile, the motorist and other occupants of the vehicle were seen begging the general manager.