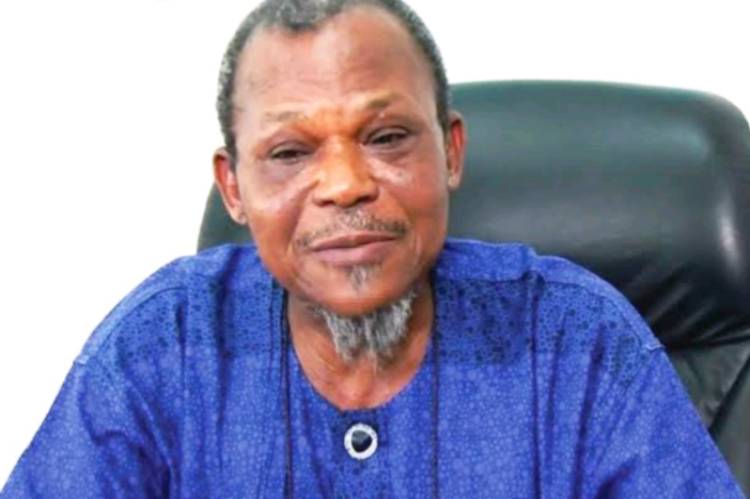 Eminent Leaders of thought, Statesmen/ Women and Leaders of the Civil Society under the aegis of Project Nigeria Movement led by Elder statesman, Prof Ben Nwabueze SAN have condoled with the family of one of their strongest associates, Admiral Ndubuisi Kanu, leader of the National Democratic Coalition, NADECO, who passed today in Lagos at 78 years of age after a brief illness.

Admiral Ndubuisi Kanu, a veteran of the Struggle for the restoration of Democracy in the 90s was Military Governor of old Imo State in 1975 and of Lagos State in 1976 according to a statement signed by the secretary of the group Olawale Okunniyi will be sorely missed.

According to him the late Kanu also made waves in 1975, when he became the only Igbo appointed into the then ruling Supreme Military Council before General Olusegun Obasanjo dissolved it when he assumed office as Head of State in 1976.

Kanu a Biafran war veteran, was a dogged pro-democracy activist upon his retirement from the military.

Okunniyi added that as a staunch member of the National Democratic Coalition (NADECO) which spearheaded the struggle for the actualisation of the late Moshood Abiola’s annulled June 12, 1993 presidential mandate, Kanu was among those who signed an ultimatum’s for the General Sani Abacha regime to revalidate Abiola’s mandate and hand over power to him.

He was the chairman of NADECO’s Action Committee, which organised and participated in protest marches and public sensitisation against military dictatorship.

Kanu until his demise was also a frontline member of the Apex of the Project Nigeria Movement, which has Eminent Jurist, Prof Ben Nwabueze, SAN as its Chairman. The Group was initiated to build national consensus and political stability for Nigeria through constitutional restructuring of Nigeria

The active guidance of Kanu for the struggle to create a new democratic and prosperous Nigeria will be greatly missed by all Leaders of Conscience in the Project Nigeria Movement, NADECO and in the broad civil society constituency of Nigeria

‘We are devastated by death of Ndubuisi Kanu’-Ayo Opadokun