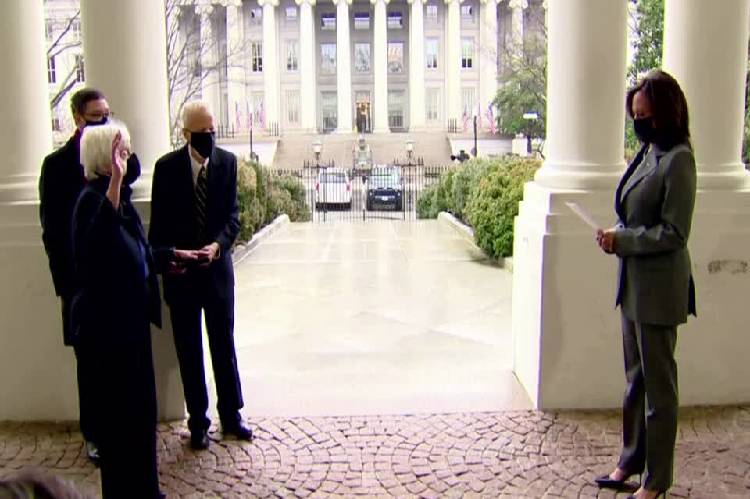 Janet Yellen has been sworn in as the nation’s 78th Treasury secretary and the first woman to hold the office.

She was sworn in by Vice President Kamala Harris at a ceremony performed outside on the East Wing entrance to the White House.

Yellen’s husband, George Akerlof and their son Robert, were present for the brief ceremony.

Janet Yellen will play a key role in working with Congress on Biden’s coronavirus stimulus plans and on his pledges to invest $2 trillion in infrastructure, green energy projects, education and research to boost American competitiveness.

In her message to Treasury employees, Yellen said she would be conducting a virtual listening tour in the next few weeks to meet with employees to get their views on how the department can do a better job of addressing the crises facing the country.

Janet Yellen became the third of Biden’s Cabinet nominees to win Senate approval on a vote of 84-15 late Monday. All of the no votes came from Republican senators.