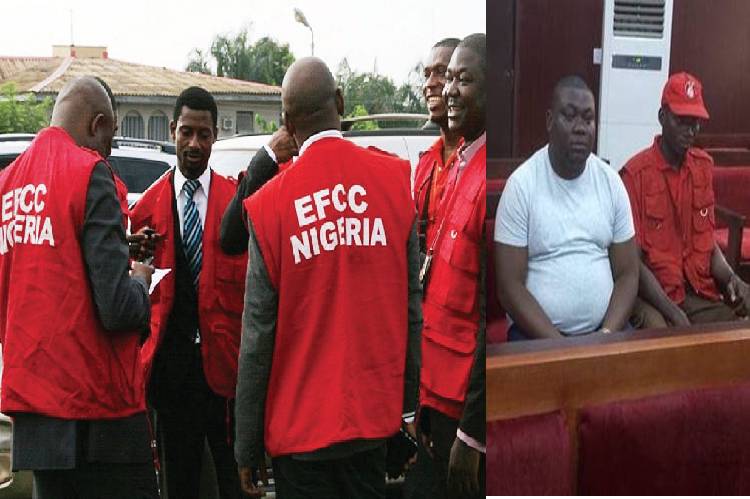 A statement issued by the EFCC spokesman Wilson Uwajaren on Monday, said they were re-arraigned on January 22, 2021 on amended twenty-three count charge bordering on obtaining money by false pretense, money laundering and abuse of office to the tune of N2,894,500,000 (Two Billion, Eight Hundred and Ninety-four Million, Five Hundred Thousand Naira).

The co-defendants with Turnah are: Ebis Orubebe and Uzorgor Silas Chidiebere.

Count 6 of the charge reads: “that you George Turnah Alabh, Uzogor Silas Chidiebere, El-Godams Global Services Ltd., Turnoil and Gas Nigeria Ltd, Kolo Creek Petroleum Dev. Ltd, Celtic Pride Consult and Events Ltd, Yenagoa Mall Ltd,. The Incorporated Trustees of Concerned Niger Delta Initiative, Adaka Boro Marine Services Ltd, Sugarland Integrated Farms Nig. Ltd, Geohan Telecommunication Nig. Ltd and others at large, on or about the 24th day of November, 2014, at Port Harcourt, within the jurisdiction of this Honourable Court did take possession of the sum of Seven Hundred and Eight Million Five Hundred Thousand Naira (N708,500,000.00) which you reasonably ought to know that the monies is obtained by a false pretense from the Niger Delta Development Commission (NDDC) purportedly for the purpose of providing quick win jobs for 300 youths and women groups and thereby committed an offence contrary to Section 15(2)(d) of the Money Laundering (Prohibition) Act, 2011 as amended and punishable under 15 (3) of the same Act”.

Count 23 of the charge reads, “that you George Turnah Alabh in 2014 within the jurisdiction of this Honourable Court did receive the sum of $1,000,000.00 (One Million United State Dollars) (at the exchange rate of N184 to a Dollar)cash from one Umar Lawal of Hakuri Global Concept exceeding the statutory limit without going through a financial institution and thereby committed an offence contrary to Section 1(a) of the Money Laundering (Prohibition) Act 2011 (as amended) and punishable under Section 16(2)(b) of the same Act”.

They pleaded “not guilty” to the charges when they were read to them.

I. Agwu, adopted the subsisting evidence on record, praying the court that “we shall not be calling any other witness or any other prosecution witness who earlier testified before this court”.

Defense counsel, Professor Amuda Kaneke, SAN, prayed that the bail granted the defendants be maintained. He also prayed the court for an adjournment to enable him study the amended charge and further proceed with his defense. The prayers were not opposed by the prosecution.

Justice Turaki granted that the defendants continue in their existing bail and adjourned the matter till March 15, 16 and 17, 2021 for continuation of trial.