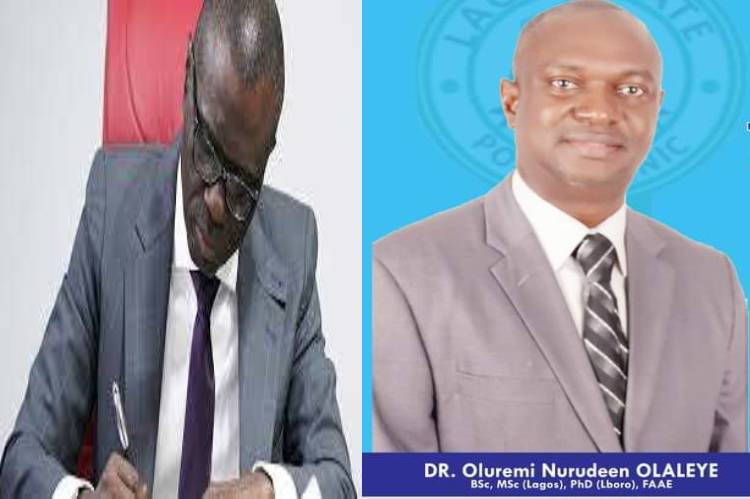 His appointment was announced in a statement from the office of the Special Adviser to the Governor on Education and signed by Omolase Yejide, Head Public Affairs

Mr. Olaleye Is to serve five years single term which takes effect from 1st December, 2020 at the expiration of the tenure of the Acting Rector, Mr. Olumide Olusola Metilelu.

Olaleye, until his appointment, he was Chief Lecturer at the Polytechnic.