The consumer price index which measures inflation rate increased by 12.13 percent on a year-on-year basis in January 2020.

That’s the latest report from the National Bureau of statistics showing the figure is 0.15 percent points higher than the rate recorded in December 2019 which stood at 11.98 percent.

The food sub index in January rose by 14.85% on a year on year basis from the 14.67% in December 2019 compared to the 0.99% recorded on a month on month basis under the state profiles, food inflation on a year on year basis was highest in Sokoto, Ogun and Nasarrawa state recording between 17% and 19% while the slowest rise in food inflation was in Bayelsa state with 12.91%, Delta state 11.57% and Benue state 11.33%. 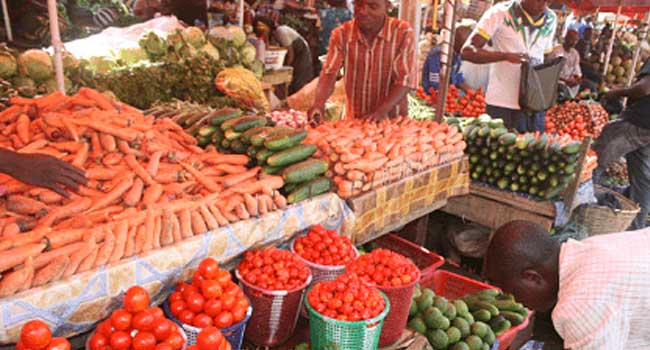 Meanwhile food inflation was highest in Ondo, Anambra and Abuja on a month on month basis.