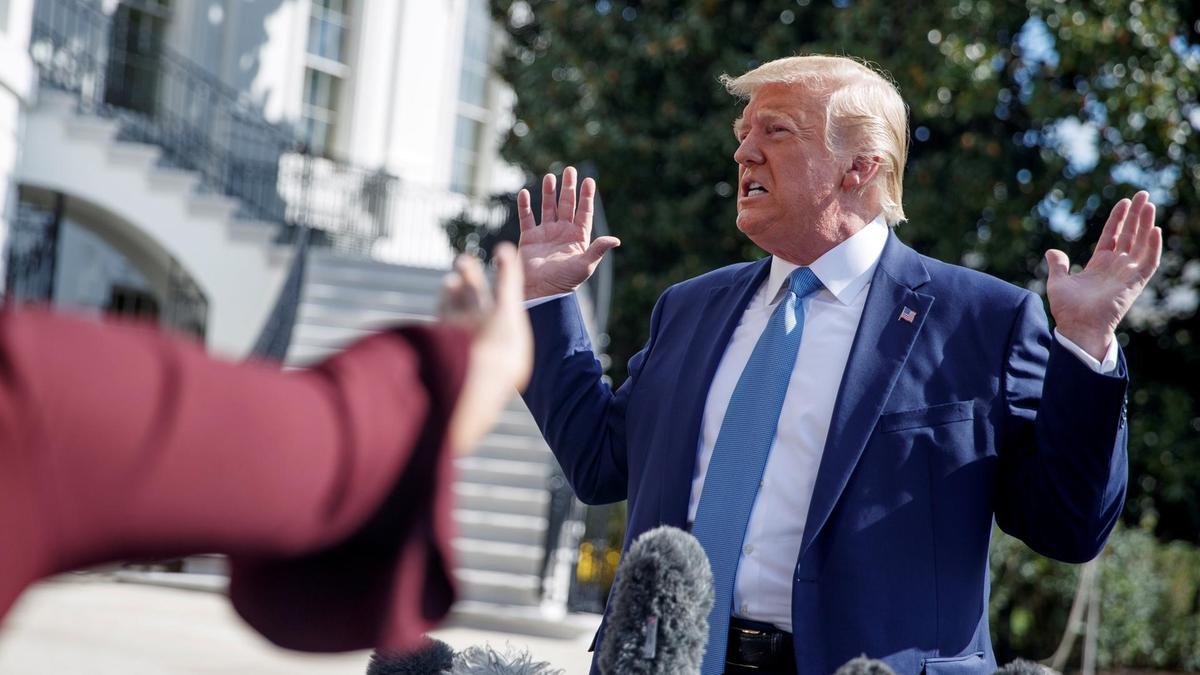 A second whistleblower has come forward about President Donald Trump’s attempts to get the Ukrainian president to investigate a political rival, lawyers for the official said on Sunday.

Lawyer Mark Zaid said the person, also an intelligence official, has first-hand knowledge of some of the allegations involving the initial whistleblower complaint, which triggered impeachment proceedings against the Republican president.

The second official has been interviewed by the intelligence community’s inspector general, Michael Atkinson, Zaid said.

The first whistleblower complaint, filed with the inspector general on Aug. 12, cited information received from half a dozen U.S. officials expressing concern that Trump was using the power of his office to solicit interference from a foreign country as he seeks re-election a second term in 2020.

It also alleged that Trump leveraged $400 million in aid to secure a promise from Ukrainian President Volodymyr Zelenskiy to investigate a Democratic rival, former Vice President Joe Biden, and his son Hunter Biden, who served as a director on a Ukrainian energy company.

“I can confirm that my firm and my team represent multiple whistleblowers in connection to the underlying August 12, 2019, disclosure to the Intelligence Community Inspector General,” Andrew Bakaj, a second lawyer, said on Twitter.

Mark Zaid said on Twitter that the second whistleblower “also made a protected disclosure under the law and cannot be retaliated against.” He told ABC News earlier the second official has been interviewed by the inspector general.

Confirmation of a second whistleblower followed stirrings of discontent within Trump’s own Republican Party after he called on China on Friday to investigate Biden’s son, who had business dealings in China.