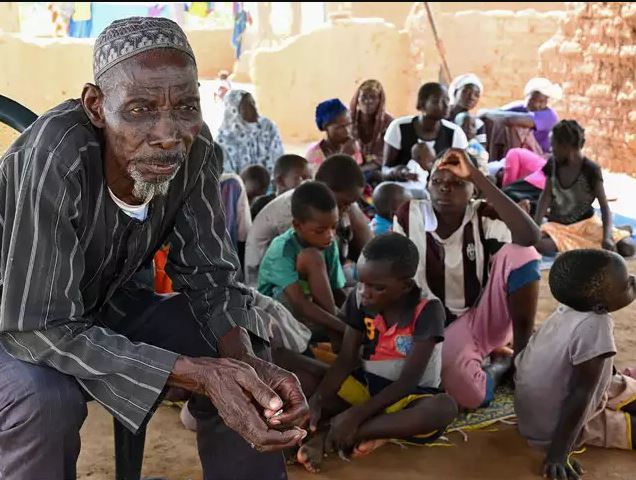 The number of people forced to flee their homes in two regions of Burkina Faso besieged by ethnic and jihadist violence has increased more than six-fold since January to around 500,000, the United Nations and aid groups said on Friday.

Attacks by Islamist militants as well as clashes between herding and farming communities have surged this year, killing hundreds of civilians and soldiers.

Once a pocket of relative calm in the Sahel, a semi-arid belt beneath the Sahara, Burkina has suffered a homegrown insurgency for the past three years, which has been amplified by a spillover of jihadist violence from its chaotic neighbour Mali.

In a statement at the end of a visit to Burkina, 11 U.N. aid agencies and non-governmental organisations, said that the insecurity had also crippled the health and education sectors.

“The mission was taken aback by the severity and urgency of the humanitarian crisis,” said Margot van der Velden, the director of emergencies for the U.N. World Food Programme.

The agencies called on donors to step up assistance to Burkina, which they said needs $187 million to assist 1.3 million people.

In the most recent large-scale violence last week, suspected jihadists killed around 20 people in an attack on a gold-mining site in the north.