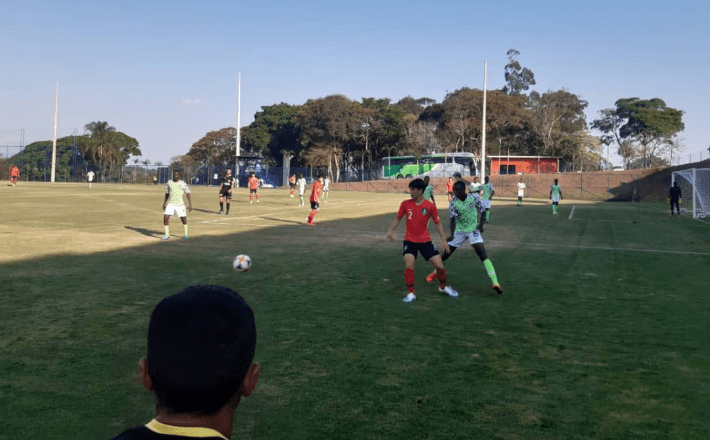 The national Under-17 team, the Golden Eaglets have defeated South Korea 4-2 in a friendly encounter in Sao Paulo, Brazil.Olakunle Olusegun scored twice for the Eaglets in the game, with Divine Nwachukwu and Charles Etim getting one goal each.

Nwachukwu headed Nigeria in front as early as the sixth minute, while Korea drew level from the penalty spot through Oh Jaehyeck four minutes later.

Olusegun then made it 3-2 in the 86th minute and Charles Etim wrapped up the heart-warming victory in stoppage time.

The Eaglets will play a final warm-up game against another World Cup team, Japan before they head to their group match venue on Tuesday.