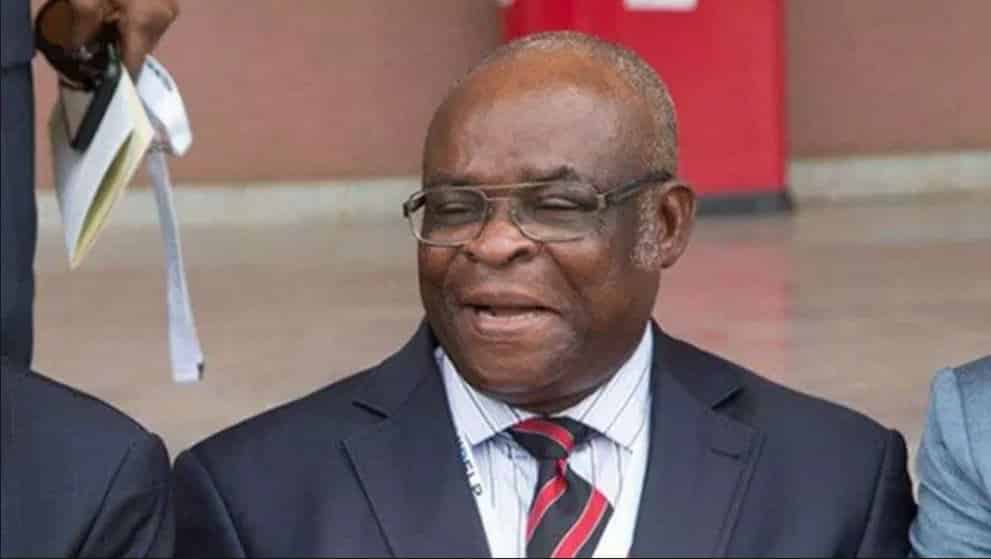 The trial of the suspended Chief Justice of Nigeria, Justice Walter Onnoghen, continued today (Monday) with the federal government calling its first witness.

Led in evidence by the Prosecution Counsel , Aliyu Umar, the witness, who is a Senior Investigation Officer with the Code of Conduct Bureau, James Akpala whose duty includes intelligent gathering, asset reconciliation  In his testimony, he said on 1st January 2019, he received a directive from his superior, one Samuel Madujemu to investigate justice Walter Onnoghen based on petition received from Denis Aganya alleging breach of code of conduct,  non  and false declaration of assets.

Thereafter the Asset declaration form of Justice Onnoghen from 2000 to 2019 was requested for.  The petitioner was invited to the Bureau and his statement was recorded.

On 11th January, the team visited the office of justice Walter Onnoghen, and presented the petition to him which he replied to in writing.

The tribunal however, admitted in evidence the asset declaration form and Bank statement tendered by the prosecution.

Going through the documents presented by the prosecution counsel, Counsel to the Defendant, Adegboyega Awomolo, said that the asset declaration form of 2014- 2015 has been tempered with.

He also mentioned that the said witness is not the maker of the document, therefore can not be tendered.

The prosecution counsel in his objection said that the witness is an investigator and in the strength of that he can tender the documents.
Chairman of the tribunal held that in the interest of justice the bank statement is admitted in evidence.