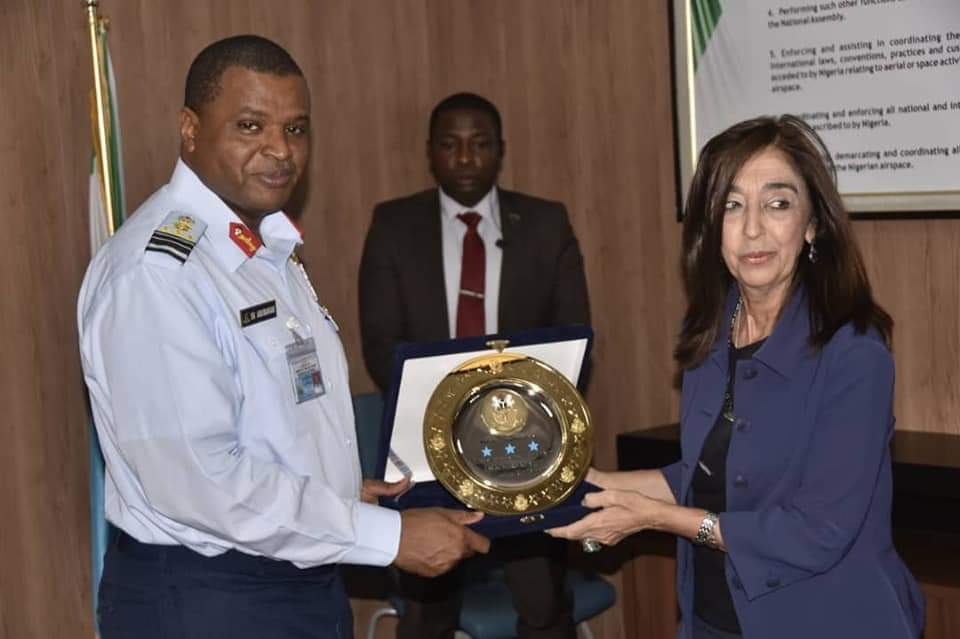 The Argentine Ambassador to Nigeria, Mrs Maria De Carmen Squeff, has expressed the willingness of theArgentine Government to deepen the existing cordial relationship with the Nigerian Air Force (NAF) in relevant areas such as aircraft acquisition, training as well as surveillance and radar technology

In a statement released by the Nigerian Air force director of Public Relations and Information Air Commodore Ibikunle Daramola, The Ambassador emphasized the strong desire of the Argentine Government to strengthen the relationship between the two countries beyond economic and political collaboration.

“Argentina, beyond being renowned for meat production and excelling in the game of football, among others, has over the years, developed significant capability in aircraft manufacturing and radar technology which has helped the country to better secure its land and maritime borders whilst also contributing immensely to the successes recorded in the area of agriculture.

“Nigerian Air force could explore the opportunities inherent in Argentina to strengthen Nigeria’s capability in surveillance and radar technology to further build on the successes so far recorded in the counter insurgency operations in the Northeast of the country”.

In his response, the chief of air staff  thanked the Ambassador for offering the NAF such a great opportunity to improve on the relationship between the two countries while noting that the Service was always ready to explore all avenues to further professionalize and build needed capacity.

Air Marshal Abubakar expressed the willingness of the Service to explore the opportunities presented by Argentina and would make arrangements to send a team of NAF officers to visit manufacturing/maintenance facilities, production plants and military training institutions, amongst other places of interest, to assess the opportunities available in Argentina.

He also stated that the Government of Argentina could as well send a team of experts in relevant areas of competencies to engage with Nigerian Air force specialists here in Nigeria.