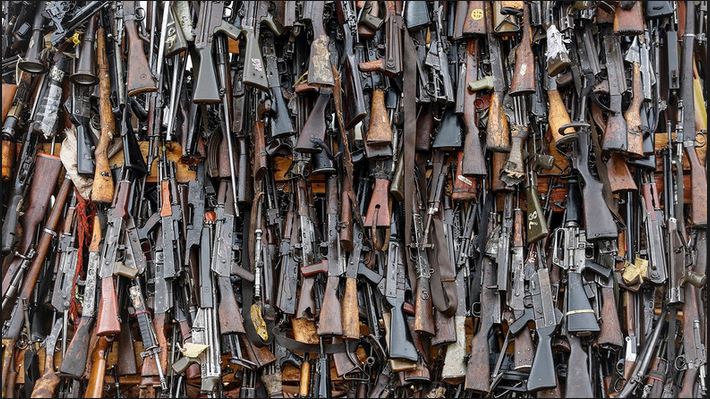 The Inspector General of Police, Ag IGP Mohammed A. Adamu has called on all Nigerians currently in unlawful possession of illicit weapons to immediately ensure a voluntary return of the weapons to Police Station or Public Armoury nearest to them.

In a statement issued by the Force PRO, ACP Frank Mba, he stated that the call was made upon intelligence indicating the presence of huge quantity of arms in unlawful possession of some Nigerians, the desperation of some citizens to acquire more arms, and the continued proliferation of illicit weapons in the polity.

“The Inspector General of Police has also, with immediate effect, placed an embargo on the issuance of New Licenses for designated arms throughout the country.

“He further advises Nigerians to take advantage of the “voluntary arms return window” and do the right thing as there will be dire consequences for defaulters and those who fail to heed the call,” he stated.

Meanwhile, the Force has perfected plans to embark on a massive, nationwide Joint Arms Mopping up Operations.

The operation which will be intelligent driven and target oriented, is designed to retrieve all illicit weapons in circulation, halt the on-going proliferation of weapons, restore law and order and bring perpetrators to justice.