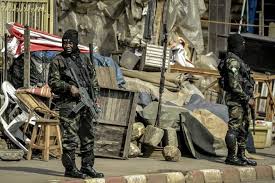 More than 80 persons, mostly children have been kidnapped from a school in the city of Bamenda, located in the Anglophone Northwest region says Cameroon’s military.

No one has claimed responsibility for Monday’s abduction, which happened in the English-speaking region where separatists are fighting to form a breakaway state.

The separatists have imposed curfews and closed down schools to protest against President Paul Biya’s French-speaking government.

Many people have fled Bamenda and other centres to seek refuge in more peaceful Francophone regions.