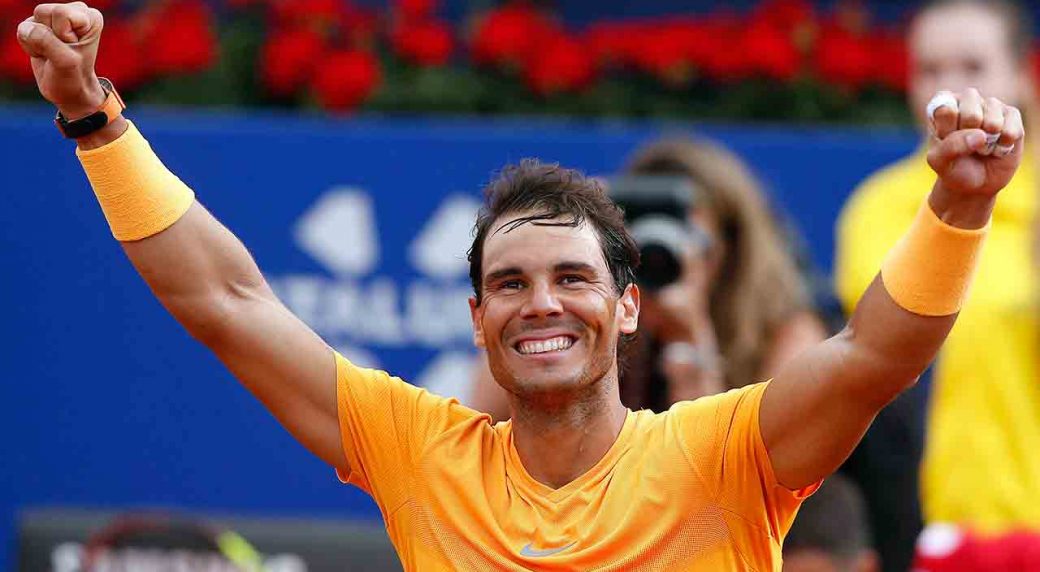 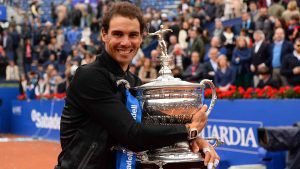 Like Nadal, he had reached the final without dropping a set, knocking out world number seven Dominic Thiem in the quarters and 11th-ranked Pablo Carreno Busta in the semis to reach his first ATP final.

He had said that playing Nadal would be like “receiving a free tennis lesson” and although he held in the opening game, the gulf in class between the two players quickly shone through.

Nadal broke Tsitsipas to love in the third game and broke him again in the fifth.

Light rain had interrupted the match in the first and second games but the sun soon came out to shine over the packed Rafael Nadal Court as the home favourite put on a show.

Tsitsipas held his serve to make it 5-2 but Nadal comfortably served out for the set, shouting “Vamos” when his opponent hit beyond the baseline to end it in under 40 minutes.

Nadal showed no mercy in the second set and Tsitsipas’s inexperience showed when he missed a simple volley at the net in the opening game as the Spaniard grabbed the early break.

The Greek showed some of the fight which had led him to the final to hold in the fifth game and make it 4-1.

However, Nadal held and broke his opponent again to win the match after one hour and 18 minutes, clinching the title when Tsitsipas found the net.