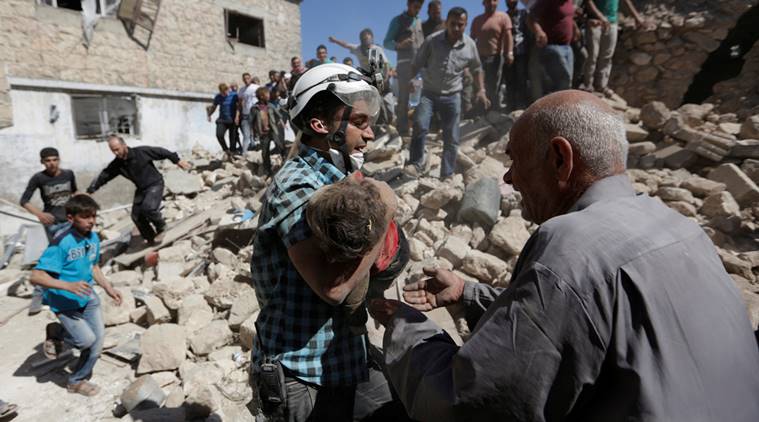 Video uploaded to social media by the civil defence group known as the White Helmets on Saturday purports to show a rescue operation underway in Hazano after an air strike.

In the video a group of rescuers are seen digging a small child out from the rubble of a collapsed building while firefighters tackle a blazing truck.

SOHR said air strikes were also carried out on Saturday in Khwain and Tamanaa in the southeast of the province, but that no casualties had been reported.

Late Pope Paul VI to be made saint this year, Pope Francis says