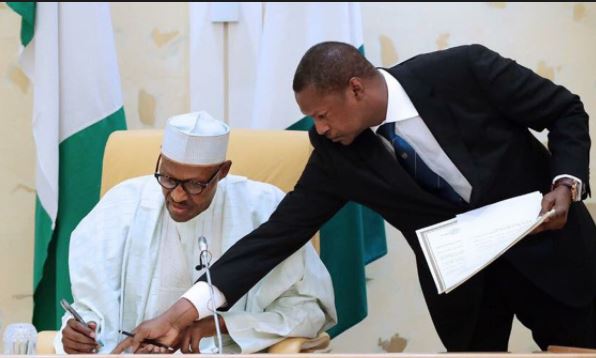 The speaker of the House of Representative, Yakubu Dogara has disclosed in a letter on Tuesday, stating that, President Muhammadu Buhari has declined his assent to the Nigerian Peace Corps (Establishment) Bill passed by the National Assembly in 2017.

Buhari cited security concerns and financial implications amongst reasons for his decision.

The bill has been widely anticipated by many Nigerians who believe the creation of the corps will partly address the nation’s unemployment crisis.

The bill had in late December 2017 arrived the Presidency for possible assent after it was transmitted to President Buhari by the Clerk to the National Assembly, Sani Omolori.

The Senate had passed the bill on November 25, 2016, shortly after the House of Representatives passed the same bill. A conference committee of both chambers was inaugurated on December 8, 2016, to harmonize the bill.

The law sought to give legal backing to the establishment of peace Corps as a government parastatal, and allow all serving members of the Peace Corps of Nigeria, both regular and volunteers, to be absolved into the proposed organisation at commencement.