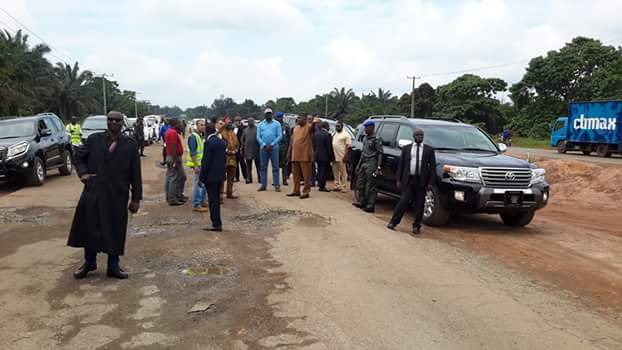 The Federal Executive Council has approved the sum of N5.44 billion for the road construction of the Otukpo Ninth mile road linking Benue and Enugu States.
It has also approved an Independent power system for the Nnamdi Azikiwe International Airport.

State House Correspondent Mariah Olasehinde reports these formed part of resolutions reached at this week’s Federal Executive Council Meeting, which was the first in the new year.

Power Works and Housing minister, Babatunde Fashola disclosed that the contract is expected to be completed within twenty four months, with work already commencing on the Benue section of the road.

Council approved the award of contract for the provision of independent power supply to the Nnamdi Azikiwe International airport, Abuja.

The knotty issue of the setting up of cattle Colonies came up for discourse with Sirika assuring Nigerians that the Federal Government would not do anything without recourse to owners of farm lands and the laws of the land.

On his part Lai Mohammed assured Nigerians that government is very much concerned about the herdsmen – farmers clashes in some parts of the country and the issue is receiving attention at the highest level.