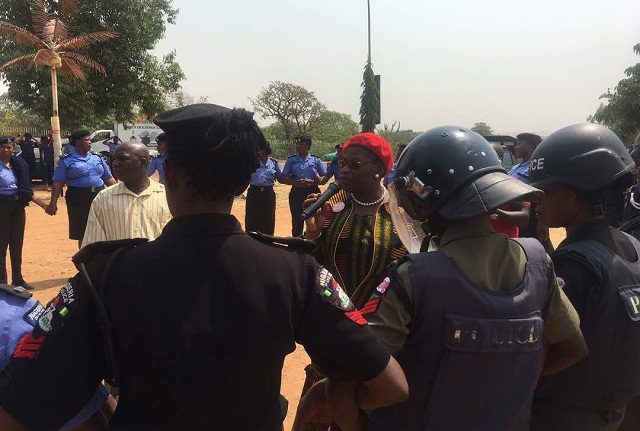 A former minister and convener of the BringBackOurGirls group, Oby Ezekwesili, has been released, from police custody after she was detained on tuesday.

Her arrest was believed to be connected to the activities of the group.

In a series of posts on her Twitter handle, the former Minister of Education, said she was arrested alongside some members of the BBOG group, namely Aisha Yesufu, Maureen Kabrik, Jeff Okoroafor and four others.

The Socio-Economic Rights and Accountability Project,SERAP had, in a statement via its Twitter page, demanded the immediate release of those arrested.