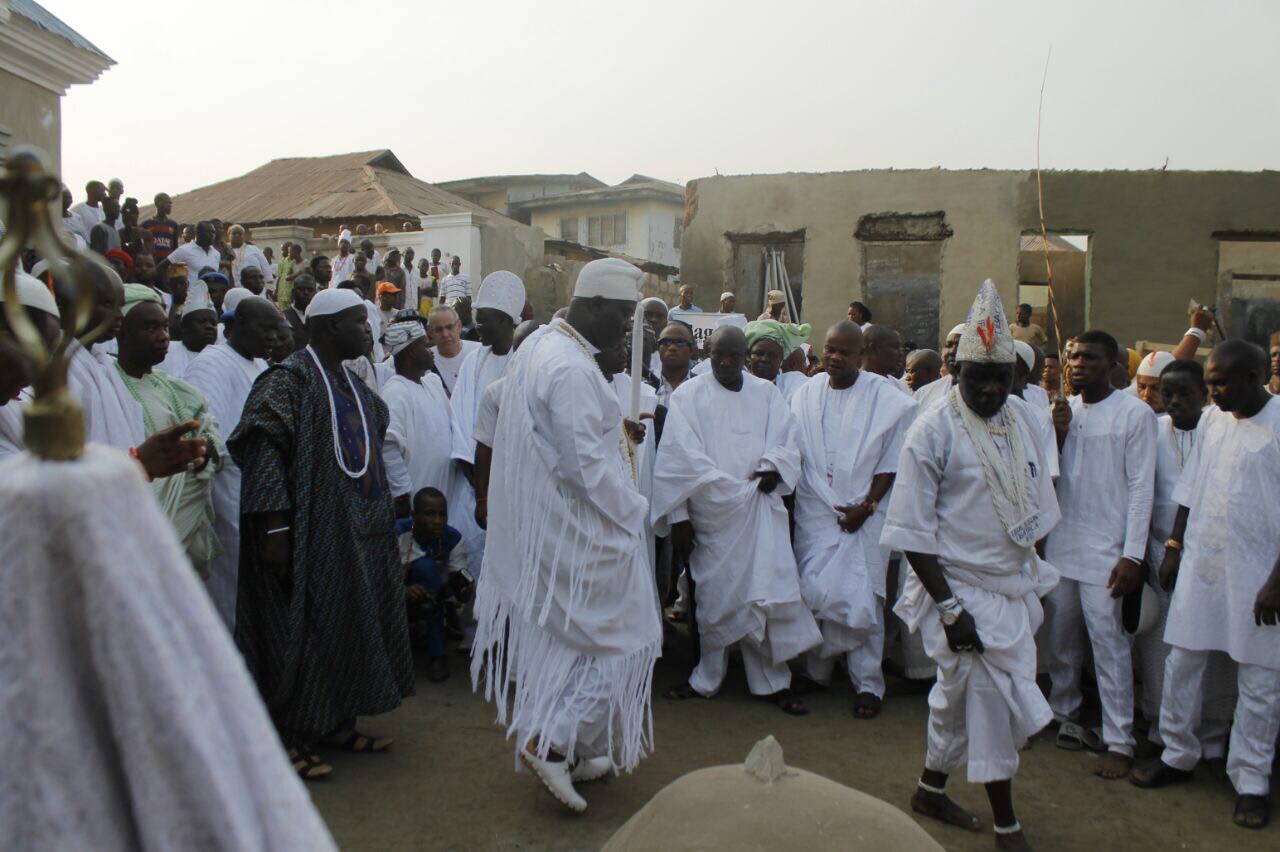 Traditional worshippers across the country have called on the federal and state Governments to give their religion special recognition, just like Islam and Christianity.
They made the call at a meeting with the Ooni of Ile-Ife, Oba Adeyeye Ogunwusi.

Correspondents Rafiu Hammed reports that it was the maiden meeting of Araba Awo, Oluwo and other traditionalists from across the southwest states and kwara at the palace of the Ooni of Ile-Ife, Oba Adeyeye Ogunwusi.

The traditionalists expressed their displeasure over hate speeches against their religion from adherents of other religions and also to make some demands from the federal government through the traditional ruler.

Their demands also include declaration of 20th of August every year as national public holiday, regularisation of national interreligious council and appointment of their members into the board of culture and tourism.

According to them, efforts are underway to produce “Ifa Holy Book” known as “Iwe Odu Mimo” as well as establishment of a central “Ifa Temple” to serve as their central meeting point.

The Ooni of Ife, Oba Adeyeye Ogunwusi promised to work with the traditionalists and ensure their requests get to the appropriate authorities.  He called for unity and oneness among various religious adherents in the interest of peaceful coexistence.

The meeting will now be held once every three months to appraise their assignment and report back to the Ooni of Ife.

LAUTEC must not experience any crisis, says VC

Melbourne Car Attack was not connected to Terrorism – Police