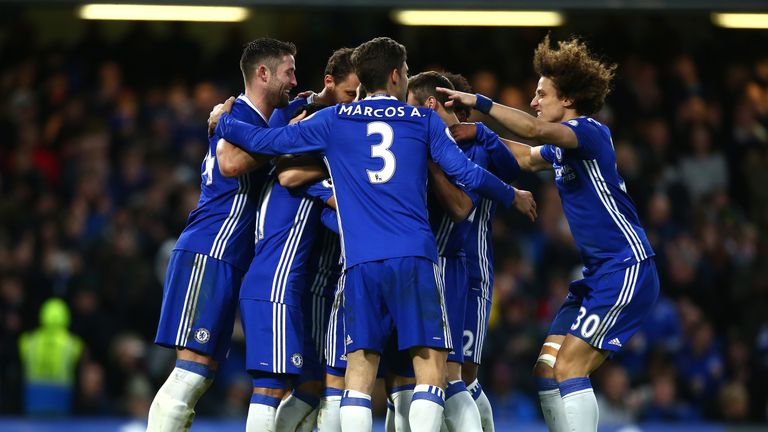 Michy Batshuayi netted the winner with 8 minutes left to play.

The Blues have led the table for much of the season and were finally champions by moving 10 points beyond Tottenham.

Conte becomes only the 4th manager to lift the Premier League trophy in his first season in England, emulating Jose Mourinho, Carlo Ancelotti, and Manuel Pellegrini.

John Terry also becomes the first player from outside of United to win the Premier League 5 times.

With the title decided, the focus returns to the top four and relegation fight.

Saturday’s action will see Manchester City take on Leicester City at the Etihad with Pep Guardiola’s side involved in a 3-way battle for the top 4. Arsenal travel to Stoke.

Then on Sunday, Liverpool travel to West Ham. The Reds can not afford any more slip ups as Arsenal pile up the pressure.

Second placed Tottenham host Manchester United in what would be the final match at White hart lane.