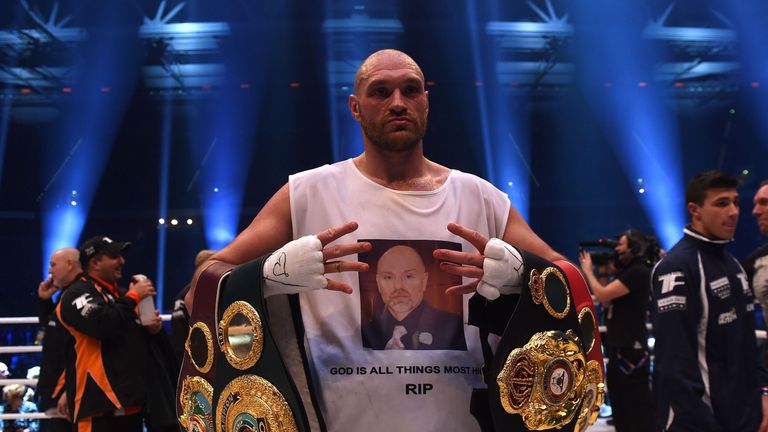 Tyson Fury says he will return to the ring in July as he bids bid to secure an all-British showdown with heavyweight champion Anthony Joshua.

Joshua stopped former champion Wladimir Klitschko at Wembley last Saturday to add the WBA heavyweight title to his IBF crown, while Fury has not fought since he beat the Ukrainian in November 2015.

And Fury says he will remain in Southern Spain, where he’s shedding the pounds ahead of his comeback.

Author Urges Nigerians to Back Tinubu For President

John Ekundayo, Author and Cleric has urged Nigerians to back the Presidential Candidate of the All Progressives Congress, Asiwaju Bola...