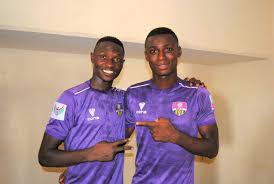 Nigerian Professional Football League 2016/2017 top scorer Stephen Odey and his teammate Sikiru Olatunbosun are set to dump MFM FC in May for trials with an unnamed club in Belgium.

Both players are believed to have applied for Belgian visas and are expected to know their fate this week if they will be granted the travel document.

Odey has scored 14 league goals this season and is said to have turned down a lucrative offer from Rivers United recently.

Olatunbosun has also been in fine form this season for the league leaders, scoring one of the best goals of the campaign which also won the CNN Goal of the Week honour.