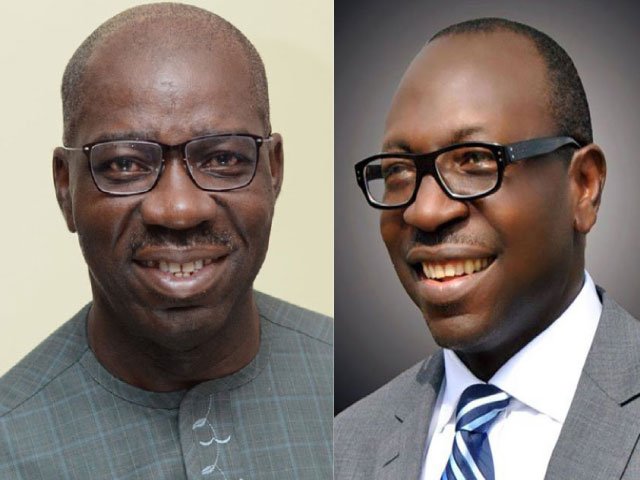 It is jubilation galore in Edo state as an election petitions tribunal has affirmed the victory of Godwin Obaseki as the winner of the last governorship election.

But head of the tribunal, Ahmed Badamosi, dismissed Ize-Iyamu’s petition.

Obaseki, who ran on the platform of the All Progressives Congress, was declared the winner of the election by the Independent National Electoral Commission.