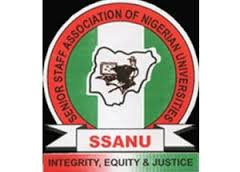 The Senior Staff Association of Nigerian Universities has called on the Nigerian government to arrest and prosecute three Vice Chancellors for alleged corruption.

Rising from their National Executive Council meeting, the Senior University workers expressed concern that their members who exposed alleged corrupt practices of some Vice Chancellors, are being persecuted even as no action is taken against the said VCs .

Two of the affected VCs according to the Union, are facing criminal prosecution in competent courts,, yet still sit-tight in office.

Another155 Nigerians return from Libya