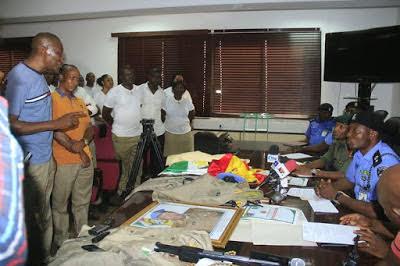 The Peace Corps of Nigeria (PCN) has slammed a N2 billion lawsuit against the Attorney–General of the Federation, the Inspector–General of Police and the Director-General of the Department of State Service (DSS).

The Peace corps through its counsel Kanu Agabi says the N2 billion will serve as compensation for the embarrassment caused on the organisation by the arrest and detention of its National Commandant, Dickson Akoh and 49 others last week.

The Plaintiffs also applied for an order compelling the respondents to unseal the Headquarters of the Peace Corps of Nigeria and its offices nationwide and release properties seized during the invasion of their property.