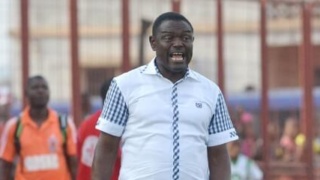 Coach of Rivers United, Stanley Eguma has praised his team on winning the Nigeria Pro-Football League Super 4 but insisted the hard work must continue as they get set for the new season.

Rivers United 1-0 win against Wikki Tourist was enough to clinch the title after Enugu Rangers were held by Ifeanyi Ubah in the other game.

Rivers United and League champions Rangers will represent Nigeria in the CAF Champions League next season.

Sports has improved under my watch : Dalung