Rohr to honour Anichebe with call-up 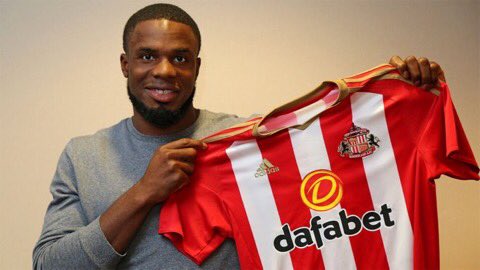 Head coach of the Super Eagles of Nigeria Gernot Rohr says Sunderland forward Victor Anichebe will be a part of his next call up to the national team.

The 28 year old last played for Nigeria in 2012 after deciding to quit the national team, but he later rescinded his decision in 2014 but is yet to be called up by handlers of the team.

Anichebe’s run of games and goals for the Premier League strugglers has caught the attention of Rohr, who is now set to honour him with a call up to the national team.

The German coach is however worried over the poor form of Odion Ighalo, who has fallen out of favour at Watfor