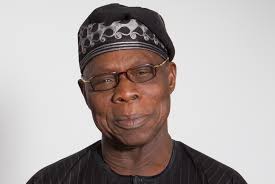 Former President Olusegun Obasanjo for the second time in 2016 called for a thorough anti-corruption drive against the National Assembly.

The former President during the First Akintola Williams annual lecture in Lagos, last Wednesday,  urged President Muhammadu Buhari to focus his anti-corruption crusade on members of the National Assembly, noting that the legislative arm of  government stinks of corruption even more that the judiciary.

Obasanjo, who recommended that the ongoing anti-graft war in the judiciary be extended to the legislative arm of government, said the corruption in Nigeria’s parliament “stinks to high heavens.”

Obasanjo wondered why the National Assembly would not get presidential attention when the judiciary is being cleaned-up.