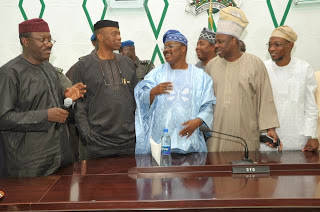 The Governors of Osun, Oyo and Ogun States have urged Yoruba leaders to unite and work towards developing and promoting the Yoruba heritage.

The governors were talking during the tribute programme organised by Afenifere group in honour of the late Olanihun Ajayi.

The governors described the late politician as a kind hearted man and a loving father of all Yoruba people.

They advised their colleagues to shun politics of hatred and work towards what will further bring development to the South West region.