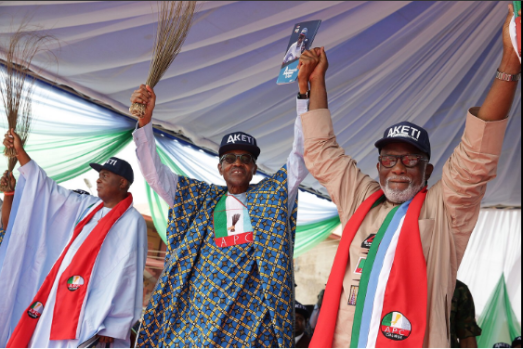 President Muhammadu Buhari has described the September 3, governorship primary of the All Progressives Congress (APC) in Ondo State as free, fair and transparent.

Buhari, who openly spoke on the matter for the first time said the exercise which was contested by 22 governorship aspirants but won by Oluwarotimi Akeredolu (SAN) was transparent, credible, free and fair.

The President added that the transparency of the primary poll was one of the reasons he was at the grand finale rally of the APC governorship candidate, Akeredolu held in Akure, the state capital ahead of the November 26, election.

It will be recalled that the controversy that trailed the primary election had claimed it first casualty whereby one of the complainant, Chief Olusola Oke, defected to the Alliance for Democracy (AD).