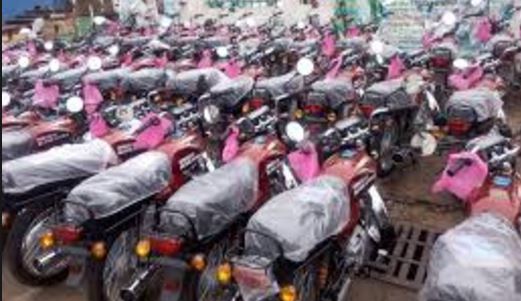 Determined to take its campaign to the grassroots, the Alliance for Democracy (AD) in Ondo state has distributed motorcycles to members of the party in all the eighteen local government areas of the state.

The motorcycles which were given to leaders of the party at a colourful event in Akure were presented by the Director-General of Olusola Oke campaign Organisation, Bola Ilori.

Ilori said the distribution of the motorcycles became necessary to ensure that the party’s message gets across to rural communities.

The DG also warned that no amount of conspiracy against the party’s standard bearer would stop him from contesting.

Reps praise Phillip Shuaib as he takes on new role