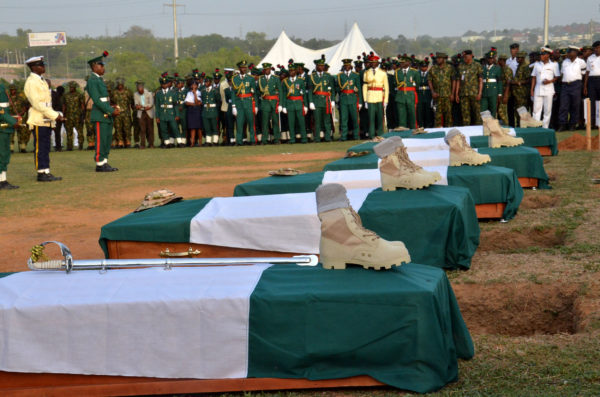 TVC N. The late Lt. Col. Muhammad Abu Ali and four of his soldiers were on Monday buried in Abuja.

Abu Ali was killed by the dreaded Boko Haram terrorist, alongside four other soldiers on Friday in an ambush in Borno.

Col. Abu Ali was the Commanding Officer, 272 Task Force Battalion at Mallam Fatori in Northern Borno. He died in confrontation with suspected Boko Haram terrorists who attacked 119 Battalion, Nigerian Army location at Mallam Fatori on Friday, in a failed attempt to capture the town.