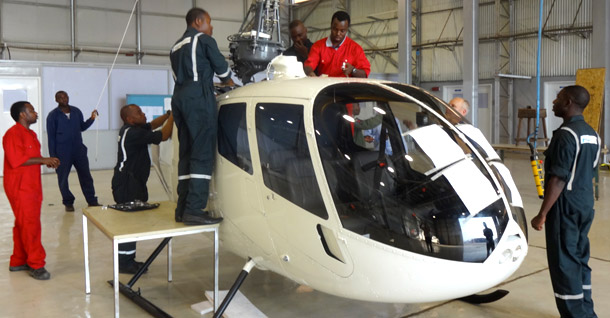 Arik Airlines is collaborating with Lufthansa Technical to train some Nigerian engineers in aircraft maintenance.

Managing Director, Chris Ndulue says the gesture is part of the airlines’ intention to build manpower succession plan in the aviation sector.

Lilian Eze-Mark reports that lack of aircraft maintenance, repair and overhaul facility in Nigeria, paucity of foreign exchange and the hash economic climate in the country has prompted Arik Airlines to look inwards on how to turn the situation around.

The airline is facing challenges.

The recession has also negatively affected air passenger patronage.National Bureau of Statistics has recorded a decline of nine percent in air passenger traffic in the second quarter of this year.

The Bureau’s report explained that the number of travellers, aircraft, cargo weight as well as mails that were moved during the period declined as against what were recorded in the first quarter of the year.

In terms of passenger traffic, the report stated that this dropped marginally to 3,532,775 passengers in the second quarter of this year from 3,549,360 recorded in the first quarter. This airline operator confirmed the development.

Industry stakeholders have called for conducive operating environment for the airlines, sustainable business plan and economic regulation to ensure longevity of the domestic airlines.