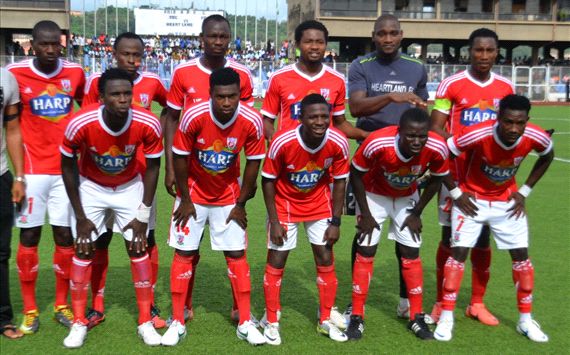 Heartland Football Club of Owerri have been relegated to the Nigeria National League following Thursday’s decisions by the League Management Company.

Heartland and Plateau United FC faced each other on Sunday in Jos, in their last match of the season but the encounter was later abandoned by the teams.

The match was abandoned after the centre referee disallowed a goal by Heartland with about 25 minutes to the end of the encounter which would have given them a 2-1 lead.

Heartland fondly called Naze Millionaires were battling to avoid been relegated as the club had never been relegated from the elite league since its inception in 1976.

Rising from its meeting on Thursday after reviewing the match, the LMC said Heartland would forfeit three points thus losing the match to Plateau United.

The LMC also fined Heartland N3 million for abandoning the match in Jos.