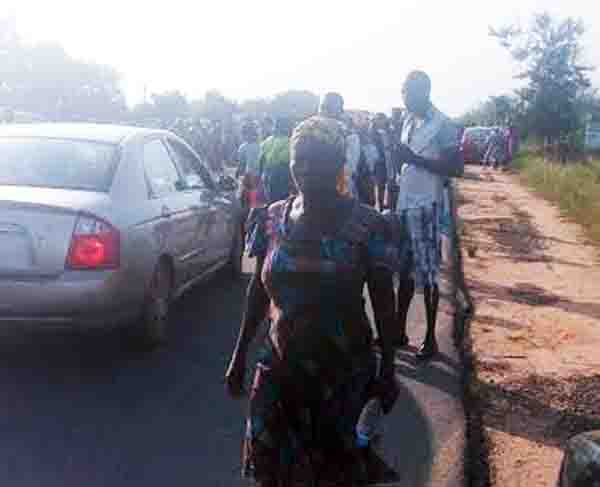 Protester from Osissa community in the Ndokwa-East Local Government Area of Delta State on Monday held the Secretary to the State Government, Festus Ovie Agas, and his convoy hostage over the alleged killing of three members of the community by suspected Fulani herdsmen.

The protesters numbering over one thousand intercepted the convoy of the SSG who was traveling to Asaba after spending the weekend with his family in Ughelli at about 6:55am along the Ughelli-Asaba express on Monday.

Sources told our Correspondent reports that other travellers, including those going to Onitsha market in Anambra State, were also trapped in the protest.

The protesters who thronged the road blocking both lanes, demanded that Fulani herdsmen vacate their land and the killers prosecuted.

At about 8:30am on Monday, the protesters had not dispersed, despite the heavy presence of security men, including the military.

Our Correspondent is already at the scene for updates.