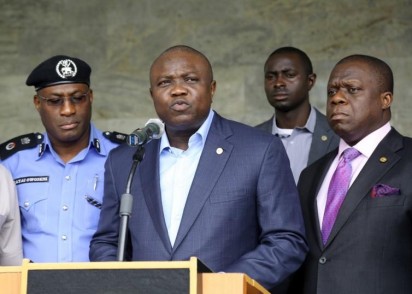 The Lagos State Governor, Mr. Akinwunmi Ambode, on Friday said there was need for states in the South-West of Nigeria under the Odu’a Investment Company, to reactivate the partnership for economic growth.

Speaking at the opening ceremony of the maiden edition of the executive/legislature retreat held in Lagos, Ambode said the move would be in line with the region’s vision of reawakening the political economy and socio-economic hegemony of member states.

A statement issued by his Chief Press Secretary, Habib Haruna, quoted the governor as saying that the Odu’a Investment initiative was a veritable economic vehicle to take the people out of the current recession.

Ambode said the economic downturn in the country does not respect tribe, religion or political party and therefore, Nigerians must rise above personal differences to solve the problem.