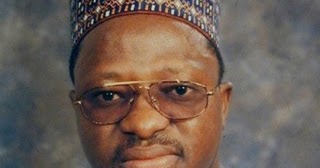 His decision to dump PDP for APC was contained in a letter read by President of the Senate Bukola Saraki just before closing Thursday’s plenary.

Dariye hinged the decision to jump ship on the protracted crisis in PDP at the national level.

He said he took the decision having consulted duely with his constituency and now wishes to move to APC with his supporters.

Dariye served as governor of Plateau State for 8 years on the platform of  the PDP.