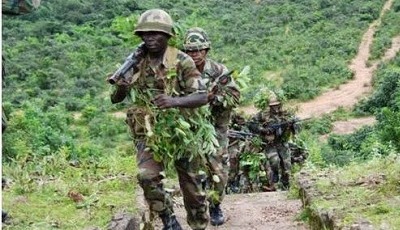 Two soldiers have died in a gun battle with Boko Haram attack on their camp in Abadam village, Borno state.
Fifteen insurgents were also killed in the attack by the Operation LAFIYA DOLE Task Force Battle Group and Multinational Joint Task Force.

Many terrorists escaped wounded while weapons and ammunition were recovered.

Mop up operations are still on to clear the remnants of the terrorists in that area.