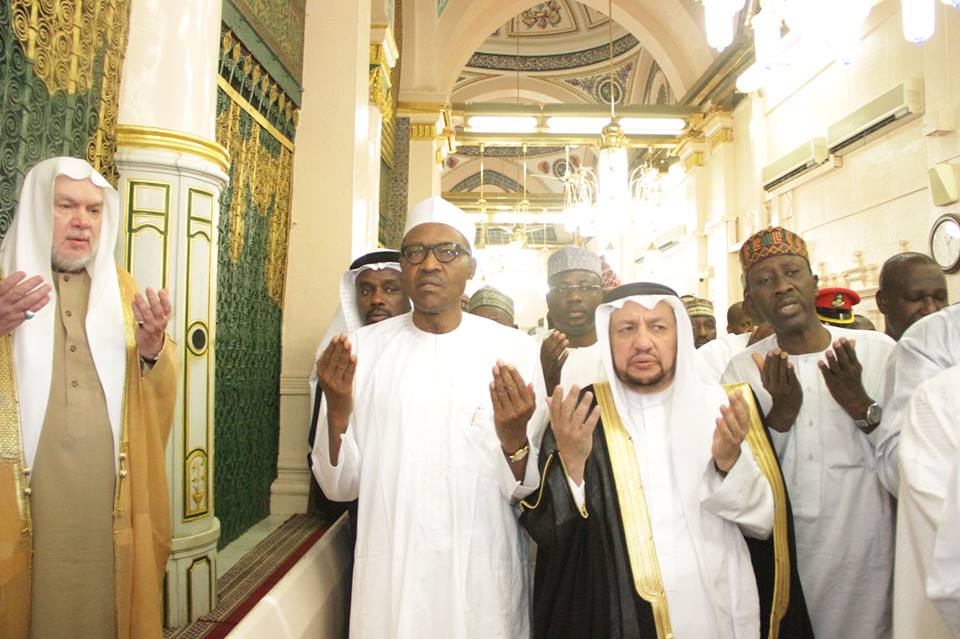 PRELATE of Methodist Church of Nigeria, Dr Samuel Uche, has alleged ‘grand plan’ by President Muhammadu Buhari to turn Nigeria into an Islamic state. But in a swift reaction, the presidency dismissed the allegations saying there is no such plan in the offing. Buhari-lesser-hajj Speaking with Vanguard, the president’s Senior Special Assistant, Media and Publicity, Malam Garba Shehu said: “He is entitled to his opinion. There is no plan to Islamise Nigeria.” However, the Prelate, who spoke on Sunday at Iffe in Ijumu Local Government area of Kogi State during the enthronement of Rt Rev Jacob Ibikunle as the Bishop of Okun diocese, insisted that such plan would be resisted by Christians. Dr Uche also took a swipe at the Buhari administration’s perceived ‘cold silence’ on the Fulani herdsmen security threat, claiming that the President had refused to address the mass killing of people and burning of their property by the herdsmen. According to him: “We are closely watching this government because we are aware there is a gameplan to Islamise Nigeria, and they are using the Fulani herdsmen to initiate it before they fully launch it out. But I tell you there is going to be serious resistance from Christians. If they think they can use the Fulanis to exterminate us, then they have failed. Look at what is happening in Benue State and all over Nigeria, the herdsmen will just invade a community and wipe out every living creature there before they set the place ablaze. Infact, the issue of Fulani herdsmen is now worse than Boko Haram. “We cannot fold our arms and watch these herdsmen continue killing our people like this. The activities of Fulani herdsmen have never been so pronounced like under this government. ”The issue of insecurity is so alarming and growing worst every day, innocent people and even men of God are being kidnapped at will on daily basis and ransom collected with little or no challenge from anywhere.” Earlier, the new Bishop, Rev Jacob Ibikunle, narrated how he was abducted two weeks ago by 10 armed men along Okene – Kabba Highway, a place he described as dens of kidnappers and called on Governor Yahaya Bello to urgently do something about insecurity in the state.