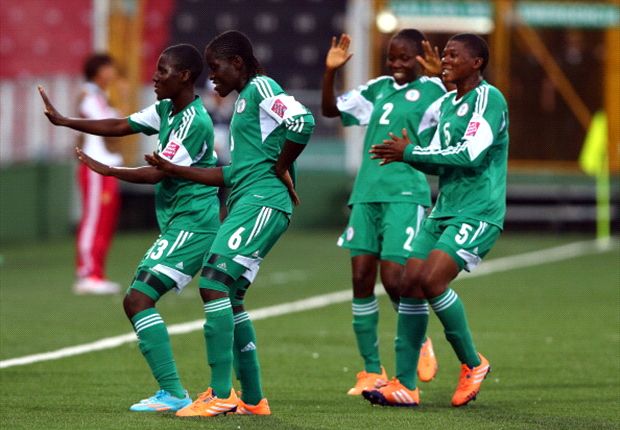 It was a goal feast for Nigeria’s Under-17 female national team, the Flamingoes, as Coach Bala Nikyu-tutored team outplayed their South African counterparts by six goals to nil.

The match, which was the first leg of the Under-17 Female World Cup qualifiers, saw the captain of the Flamingoes, Busayo Ajibade, scoring four goals, with Atinuke Fajobi complementing with two goals to end the game with a six goal advantage.

The return leg of the qualifier match comes up in two weeks time and would be played inside the Makhulong Stadium in Tembisa.

The winner between the Flamingoes and South Africa will qualify for the 2016 FIFA U-17 Women’s World Cup in Jordan.

The Nigerian side has never failed to qualify for the tournament since it started in 2008.